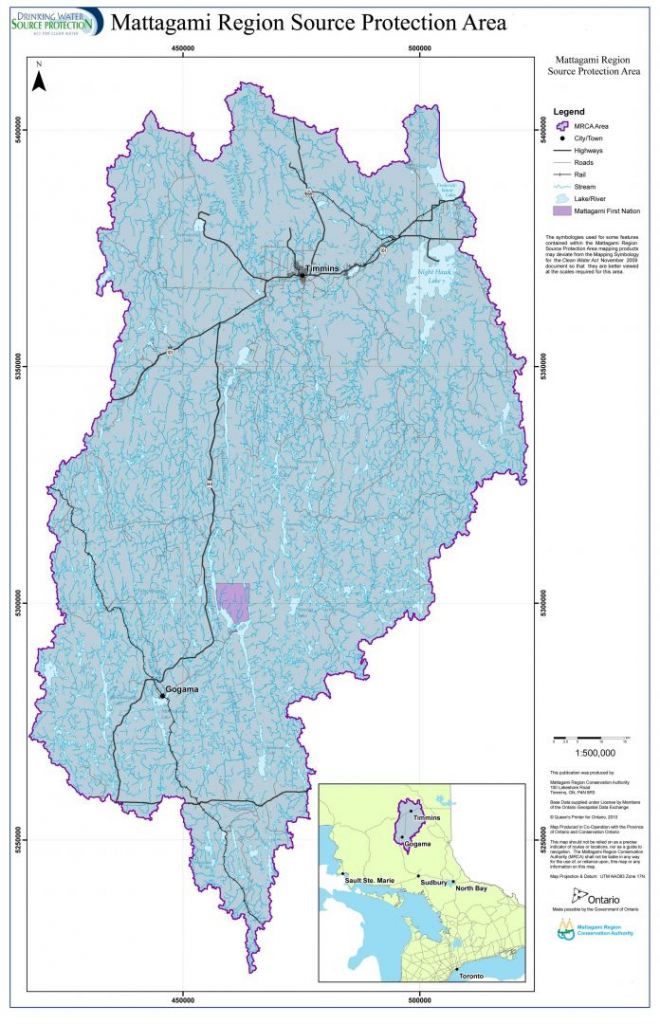 The easterly portion of the Source Protection Area encompasses part of the Abitibi/Frederickhouse River system and makes up about 25% of the MRSP Area. The main tributaries are the Redstone, Nighthawk and Porcupine Rivers.

The City of Timmins, which covers the northerly portion of the MRSP Area, consists of Mountjoy, Timmins, Schumacher, South Porcupine and Porcupine as well as the outlying communities of Kamiskotia Lake, Hoyle and Connaught. In addition to these urban centres there are several industrial sites associated with the mining and forestry sectors. Mine tailings ponds, sand and gravel pits and forest harvest sites are the main features on the landscape that have an impact on the area’s water resources. With a population of approximately 45,000 the City of Timmins is a major regional centre for Northeastern Ontario providing a wide-variety of institutional, commercial and industrial services.